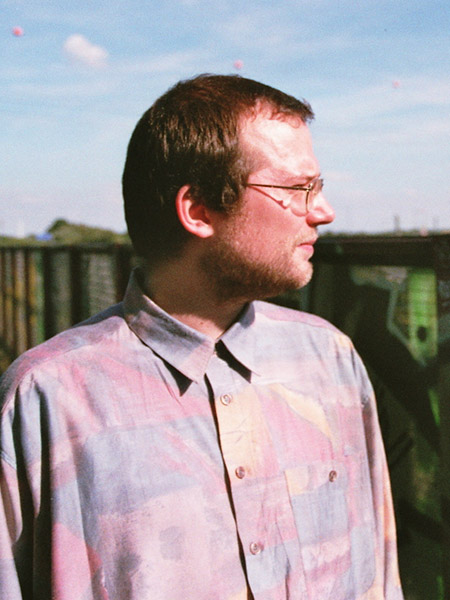 Tobias Schulenburg (*1987) normally lives in Cologne, but, of course, will now be living in Ostwestfalen-Lippe. He writes and draws. He has been a student at the Kunsthochschule für Medien Köln (Academy of Media Arts Cologne) since 2018. His debut novel, es sich schön machen (It Makes Itself Beautiful), was published in 2020. He still holds a degree as an automotive designer from a previous life. During his residency, he will create texts and drawings inspired by his experiences there under the working title Ich kannte niemanden und alle waren nett (I Didn’t Know Anyone and Everyone Was Nice). His interests include, but are certainly not limited to: how we deal with time and what we do during our days, as well as: shopping centers, parking lots, queer life, motorsports, semi-romantic forest paths, fashion, religious denominations, system catering, flea markets (of course), office buildings, bodies of water of all kinds and their shores, animals, garbage dumps, settlements, gas stations, cross-country walking, retirement homes, sunsets, ice cream parlors, consuming alcohol and factory outlets.