Every two years, the literary residency program brings ten authors into the ten cultural regions of North Rhine-Westphalia for four months. The authors spend their time out and about, discovering cities, villages and landscapes, meeting with their inhabitants and realizing literary and artistic project ideas. In doing so, the focus has not only been placed on urban centers, but also and especially on the rural areas of NRW. The authors present their results on the stadt.land.text NRW blog, on social media and in readings at a variety of locations within the cultural regions.

The project goes back to an idea of the Aachen cultural region. It tested the format and implemented it for the first time for the ten cultural regions of North Rhine-Westphalia in 2017 – on the occasion of the 20th anniversary of the funding program Regionale Kulturpolitik NRW (NRW Regional Cultural Policy).

In 2020, stadt.land.text NRW further developed its program under the leadership of the Lower Rhine region and placed the focus on the artistic and literary work of the authors, which was left entirely up to them.

The third edition will take place from March to June 2022 under the direction of the Münsterland Cultural Region. For the first time, authors who do not write in German will also take part. 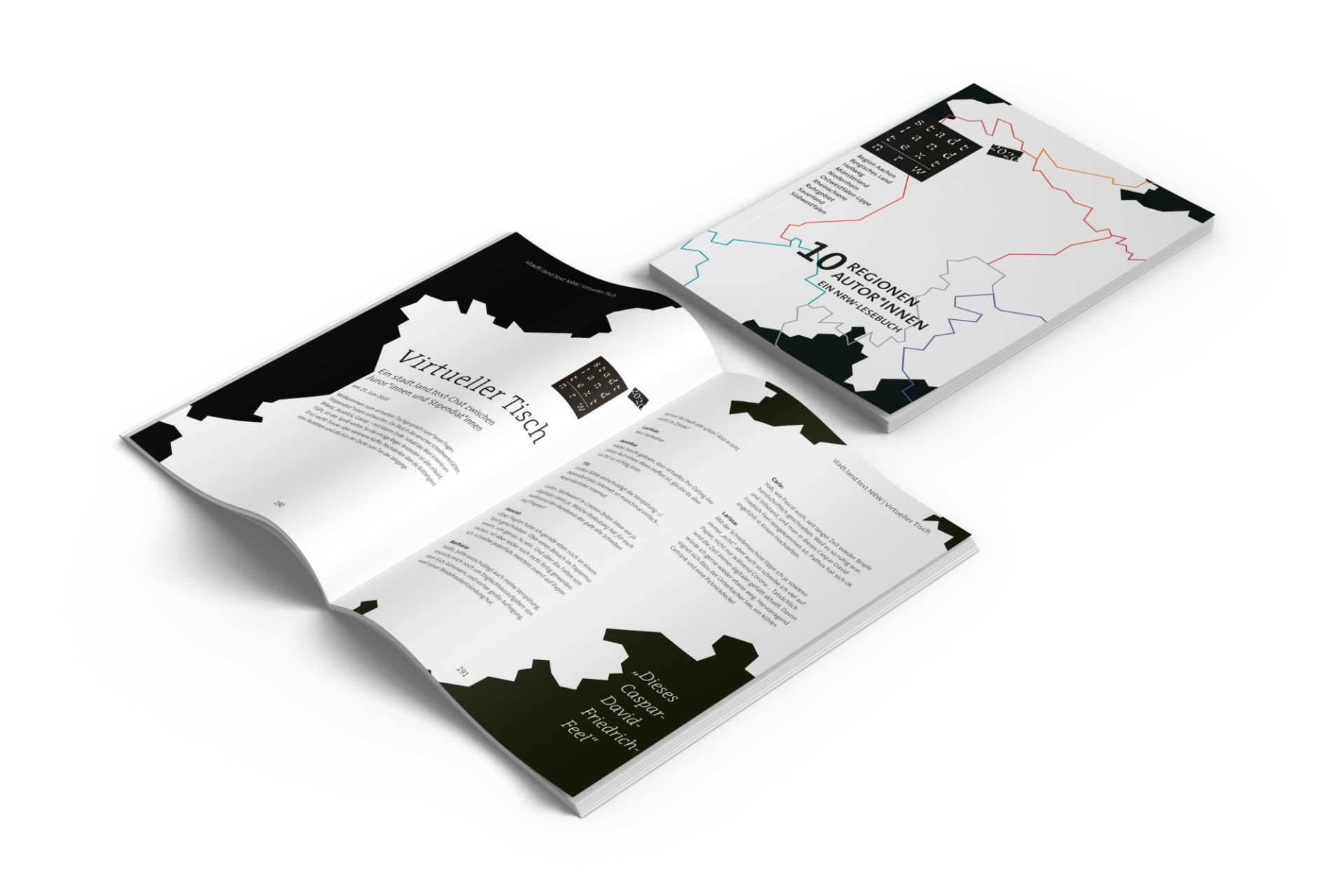 stadt.land.text NRW is a joint project of the ten cultural regions of North Rhine-Westphalia within the framework of the funding program Regionale Kulturpolitik NRW (NRW Regional Cultural Policy).