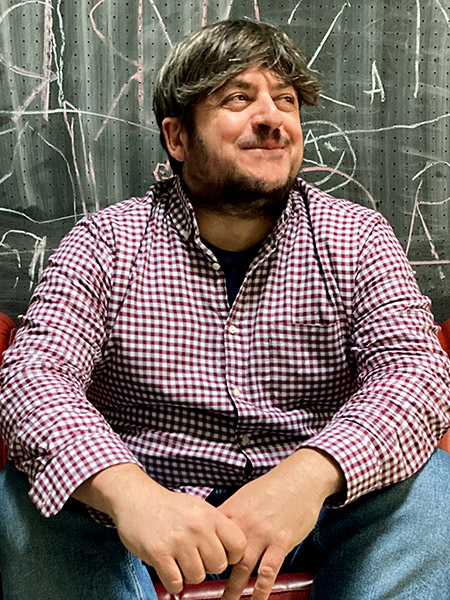 Álvaro Parrilla Álvarez (*1983) is a screenwriter, author and director with a passion for music, film and literature. He studied media studies at the University of Seville, where he wrote and filmed his first short films. He came to Germany for the work on his short film Goldfische (Goldfish) and completed a course of studies in screenwriting and film directing at the Kunsthochschule für Medien Köln (Academy of Media Arts Cologne). Following this, he shot the short films Interkosmos (Intercosmos) [2020] and Vierundfünfzig (Fifty Four) [2022]. During his residency, he intends to follow the trail of his great uncle Manolo with a project bearing the title Zwei Andalusier im Wilden Westen (Two Andalusians in the Wild West): he lived in the region for fifty years and became a stranger to his family. Who was Manolo? Why did he choose to live in NRW? Now, ten years after his death, Parrilla Álvarez is searching for answers in Niederrhein, a border region with distant horizons and expansive landscapes, like a western in the twilight.

During his residency, Álvaro Parrilla Álvarez’ texts will be translated by Freyja Melsted.