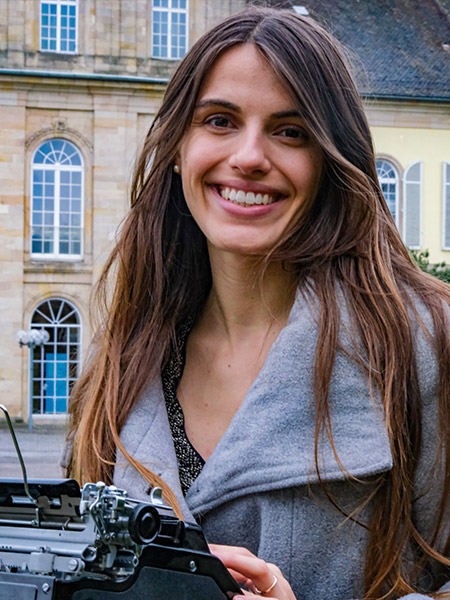 Larissa Schleher (*1993) studied comparative literature, theology and German studies in Stuttgart. She has received multiple awards for her literary work: amongst others, the Deutschlandfunk Lyrix prize and the StoryApp prize of the Munich Short Story Contest. Her debut novel was supported by the Förderkreis deutscher Schrifsteller (Supporters’ Association of German Writers) in Baden-Württemberg. In Rheinschiene, she intends to take advantage of the opportunity to take a closer (writerly) look at the apparently ”unloved ‘everyday’ and place under the (camera) lens”. In a book of photos and texts, she wants to encounter selected inhabitants of the region that represent the everyday to her in order to reflect together with them upon what the everyday means for them. The special feature here is that the essence of these reflections should serve as the point of departure for the conversations with the respectively subsequent person so that these people do not only speak with her, but also through her with each other.