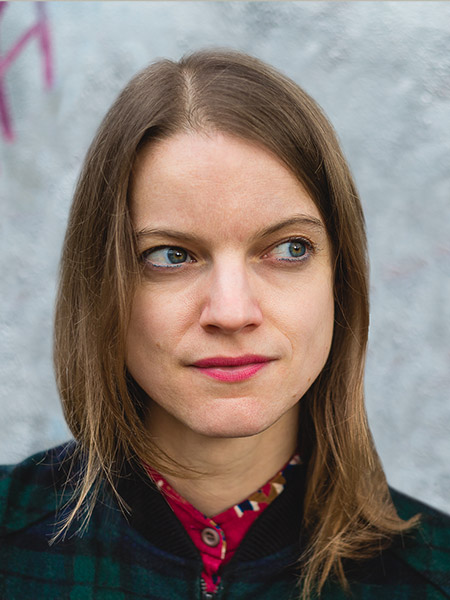 Marie-Alice Schultz (*1980) lives and works as a freelance writer and artist in Hamburg. After studying theater studies and German studies in Berlin, she studied painting in Vienna. She received the Autorenstipendium (writer’s stipend) of the city of Vienna in 2011 for her project about the Vienna subway Stationen, unter anderem. (Mögliche Ansagen für den Untergrund) [Stations, amongst others. (Possible Announcements for the Underground)]. amongst others. As part of the stadt.land.text NRW program in 2017, she suggested the idea of mobile city author who would move the act of writing itself into the public sphere and allow interested parties to take part. Instead of working behind closed doors, she placed her desk in public transportation and wrote down directly what she observed there. In this manner, she captured a region in movement along the railways and streets. Marie-Alice Schultz combined the places she traveled through into a text transportation network that constantly grew over the course of the project.